First, let me tell you, that this following post will not be in Swedish, as it is still very much work in progress. Chapter 5 is not enough yet to grind out a whole blog post, but maybe once I make it to a double-digit chapter (10 and above) and can pronounce words like “sjuksköterska”, I shall write one in Swedish as well. Special thanks to Micke Östberg and Ledarskapcentrum to setting the bar unbelievably high and giving me another item for my bucket list 🙂 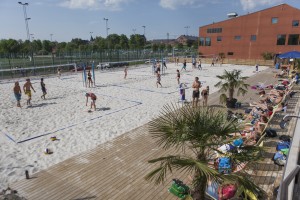 But, not going to whine how hard Swedish is, because I am convinced if I was able to learn another language before, Swedish should be very doable as well. Also, just like other languages, it is reserved only for people who are willing to put in the work and be “stubborn” enough to not give up when certain hurdles, like “Sjuksköterska” cross their paths. So, I guess I could go on and try convincing everybody how motivated I am and that I will definitely make it, however the reality is that it would only be (empty) words, as only my actions will show how motivated I really am and what my priorities are in this moment. And it seems to me that our words are way too often not aligned with our actions, at least not as much as we would often like them to be.

Most might be thinking, that I am going crazy now. Well…definitely a lot of truth in it, but let us see, if I can draw a few parallels to (Swedish) beach volleyball…

Some of you may have already noticed that since the month of September I have been working at Göteborg Beach volleyball Club (GBC) or Beach Center, where I am also joining the GBC’s top players in training. Being in Sweden is however not a completely new experience to me. After one of the best Swedish beach volleyball player and a two-time Olympian Simon Dahl decided to retire, his partner, also a two-time Olympian and in my eyes possibly the best Swedish player Björn Berg* decided to give me the honor to play alongside him. So, during the summers of 2010 and 2011, I stayed in Umeå and traveled across Sweden to play the Swedish Beach Tour.

Of course, being in the country and in the beach volleyball community, many our conversations evolved around beach volleyball. One of the many topics was the future of the men’s Swedish beach volleyball. What player(s) have the potential, what they need to make the world tour, who has chances for the Olympic Games…and so and so on. Basically, who can or will (at least somewhat) fill the shoes of Berg-Dahl. At one point, I took a piece of paper and a pen and wrote down 8-10 younger men players whose paths I have crossed during the beach trips through SBT and Sweden.

Now, in my eyes top players’ abilities are divided into 3 major categories: technical, physical and mental ability. Is someone really bad in any of them, one cannot compete with the best. However, a little shortage in one can be compensated by an elevated level in another category (for example: more physical, little less technical) and still result in a competitor.

Going back to this list of players. We tried to look/analyze/be smart who will go how far, who could turn out to be so and so good. Of course, when we dissected and were making all arguments, we (ok, yes, mainly it was just me being this “Wise Guy”) sounded like the best coaches/analytics and sort of knew everyone’s potential. However, at the end, I must admit that Björn was right (I have never admitted that to him, so it is a bit painful now). When hearing about these players, he questioned their motivation/will power to train, work-out, win, overcome losses and other hurdles, go through repetitive and sometime boring practices, traveling, making personal and financial sacrifices to pursue a higher goal in beach volleyball. The reason I say he was right is, because reality is that today only two of those players are still playing beach volleyball.

So, one of the lessons learned for me here was not to try to decide too early on someone’s potential as it is depends from too many factors. Therefore, nowadays, the first thing I look for is the drive for the game and all its boring components. We like to say”how much someone wants it”. Now, I look more for how motivated players are every day, every point, and every repetition. Applying that to my “engaged” Swedish…I have spent two summers in Sweden (approx. 6 months) and have been here now for another almost 3 months (almost 9 total) and have only made it twice to chapter 5. So, for myself, I can claim that I am not making the most out of it. I sincerely hope there are some areas in my life, where I am doing a little more or am being more motivated/driven/active (whatever the correct verb here might be). At this point also, let me thank everyone for all the nice compliments about my “improving” swedish, but maybe you are just being too nice. And what seems motivated at first look does not necessarily seem so engaged after closer examination. Of course, it is easy to come up with excuses like: being busy, being tired, doing it another day, having more time later, being sick, being allowed to skip it for a day, two or three, having another appointment…whatever the excuse might be…someone else’s Swedish or someone else’s game will get better than mine and I will always stay the potential, “a wannabe”, someone trying to learn or whatever the applicable name might be.

For a more detailed list of excuses we find every day (often even without noticing), welcome to consult the following video: http://youtu.be/obdd31Q9PqA

Also think as an observer, it is easier to be just nice, avoid conflicts and simply compliment one. Anyway, as far as I am concerned, please do not compliment my nice pronunciation of one word, or saying an English sentence with one Swedish word, or my lousy attempt to say the same sentence for the 100x time. It is really nice of you, but it will not help my Swedish (does not mean you should get rude, mean, assertive etc. about it either). For real improvements I need to first put in a lot of mindful work (no, just showing up in Sweden is very far from being enough). I will keep failing, but hopefully also due to some of your constructive feedback, this progress will get accelerated. With some parts of the language the progress will be faster, with some slower, with some of the material it will take me a super long time to grasp it, while some things I might never fully grasp. Nevertheless, until I do not put in the work needed, the result will for sure not follow. And who knows, maybe one day I am fluent in Swedish and do even more with it.

Right now, GBC has put together a group of younger players and for me it will be really interesting to see how they develop. However, this time I will not make any predictions, who could do it, who could make it etc. I will just enjoy the view from the far and in my opinion time will tell who really wants it and who is just saying he wants it, but is actually satisfied with his past accomplishments and/or current situation. It will be interesting to see, who will get past all the distractions of the “outside” world and really “make a run for it”. It will be interesting to see, who invests time, body and soul into developing all the needed areas of the game.

To sum it up, it will be interesting to see who will be ready to face and overcome all the “Sjuksköterskor” and make it to the double digit chapters of beach volleyball. 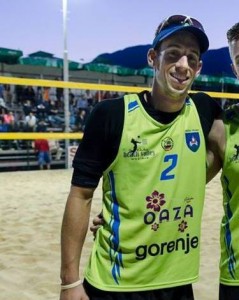 * During the two summers/“SBT times,” there was often this question, who is the best player. To be honest, I do not think it matters to begin with as it as a team sport, not an individual sport. So in my mind, possibly more suitable questions could be in a sense who makes the best partner, who elevates the most the game of his partners etc. (I guess could be another blog-topic)

Actually also met some people, who did not think Björn was the best, then they checked his results, watched him get served and yet win another game (not necessarily in that order and sometimes excuses were also added at the end). How many times more for it to not be coincidence anymore? 🙂 Bet you, people are going to try again? 🙂